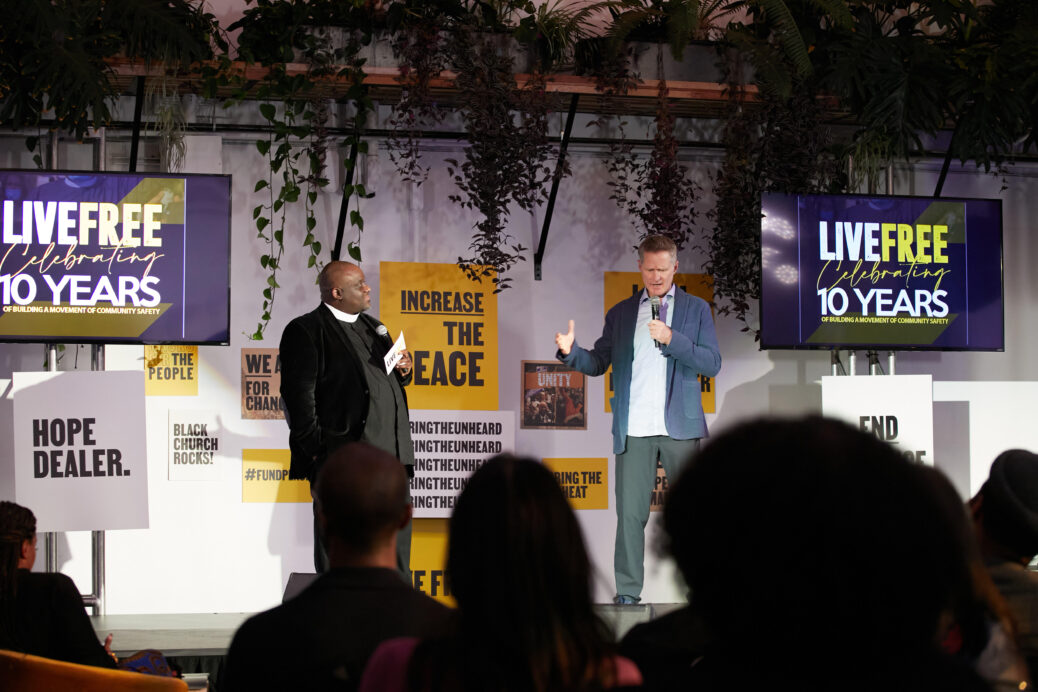 To celebrate, in partnership with LIVE FREE, PLUS ONE society produced an event at the CIEL Creative Space in Berkeley. Special performances from Goapele, MAJOR, and Tef Poe illuminated the stage, as speakers Mr. Fab, Warryn, and Erica Campbell talked about the mission of LIVE FREE to end gun violence and mass incarceration.

The night started with a Funders’ Mixer with a curated conversation around the ten-year movement. The discussion reflected the four themes of LIVE FREE: Reducing Gun Violence, Ending Mass Incarceration, Transforming Policing, and Civic Engagement. Our donors and supporters listened as we shared the collective success of the network and future work and goals.

“A decade ago, we began a small campaign to end gun violence and mass incarceration, and now we’ve grown, thanks in large part to the Faith in Action team, into a national movement of systems- impacted people, faith leaders, peacemakers, youth, and a range of community-based organizations,” said Pastor McBride.”Becoming an independent organization will allow us to pivot to answer the needs of organizers and communities across the country as we enter this new chapter.”