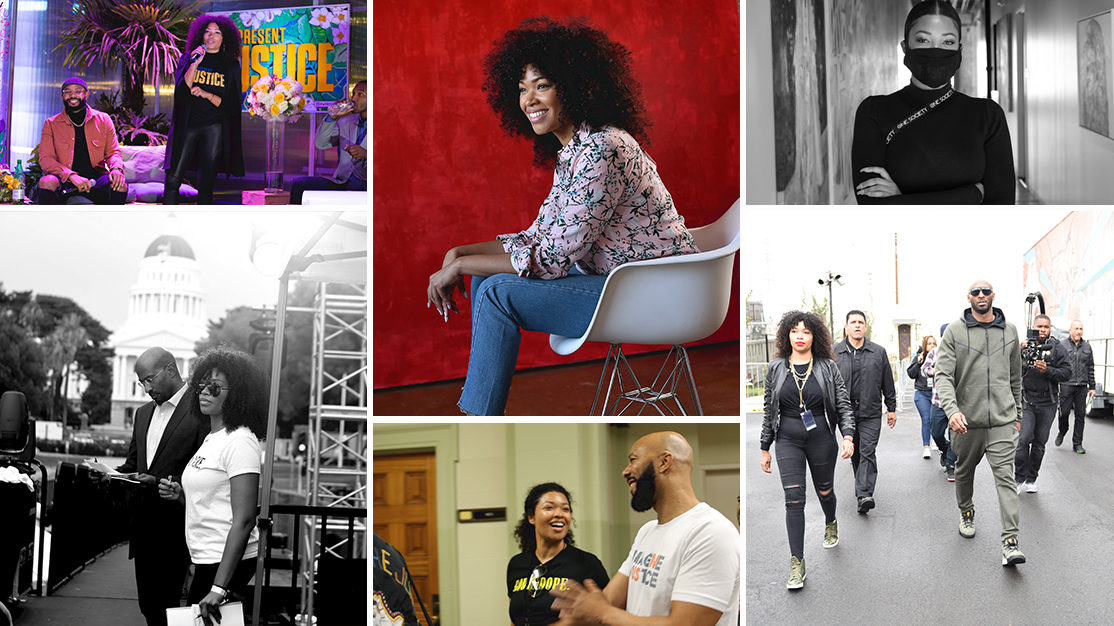 Prior to launching PLUS ONE, Kristen was the Head of Affiliate Marketing for NFL NETWORK where she oversaw strategic partnerships, creative campaigns and experiential events for all NFL calendar initiatives, including Super Bowl.

During her tenure at the NFL, she leveraged her leadership position to become an advocate for Diversity & Inclusion and Social Responsibility. Ultimately, her community service initiatives, which are currently still in place, were recognized by NFL Commissioner Roger Goodell.

Inspired by the power of sports and its ability to connect cultures and provoke progressive action, Kristen launched PLUS ONE in 2017 with the intent to directly uplift and amplify social justice movements that influence positive change within the culture. Today, she is one of the premier social justice campaign and event producers in the country.

In 2020 and 2021, Kristen advanced her clients’ and partners’ shared goals for social impact in the midst of a global pandemic, racial uprisings and immeasurable injustices to influence two of the most successful policy reform years since the inception of PLUS ONE. Her accomplishments consist of effectuating major policy reforms and fundraising over $750K in CA and OH (e.g. Prop 17, Prop 20, AB 376, and SB 13), the election of Los Angeles District Attorney (George Gascon) who announced sweeping Criminal Justice Policy Reform and advancing aggressive Criminal Justice Reform Plans in WI.

In 2018, she collaborated with IMAGINE JUSTICE and led the production of the HOPE & REDEMPTION PRISON TOUR: a series of live concerts in various correctional facilities featuring Common and a special guest appearance by Talib Kweli. The three-day Tour throughout California’s Central Valley restored hope in over 5,000 incarcerated men and women and inspired countless youth in the surrounding communities most affected by mass incarceration. The success of the tour was amplified by national press including a feature in Rolling Stone.

As a recognized community leader, Kristen is passionate about service. She currently serves on the Board of the Anti-Recidivism Coalition and is actively involved in the Los Angeles Mission and Jenesse Center.

Kristen lives in Los Angeles with her 16-year old, Taryn.